I did a post on ComFree back in the spring, and figured it would be a good time to do an update on them after the eventful summer real estate experienced. Compare how they fared to the conventional resale market. So, without further ado… 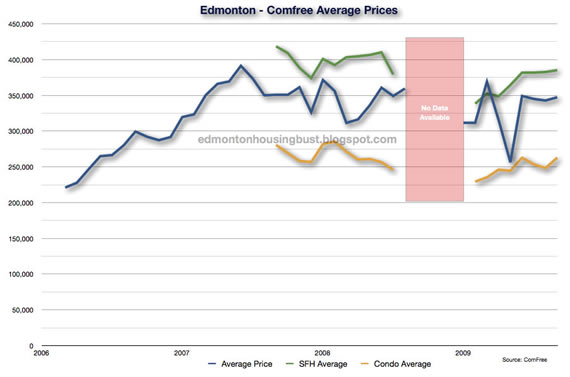 The prices look to have trended up, as with the rest of the resale market. The overall average for whatever reason appears extremely volatile some months, but I think it’s just been misstatements of their stats, as that measure now has to be derived from their other numbers. So take it for what it’s worth. 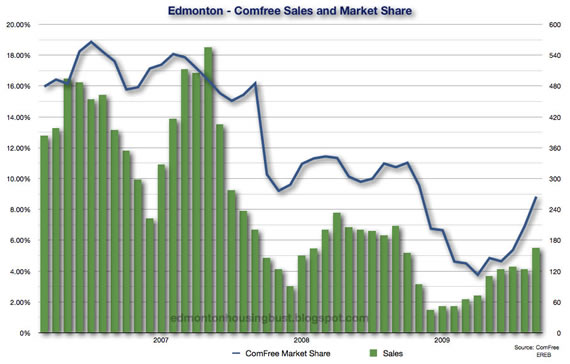 Here we’re looking at sales and market share. On the sales front, even though they’ve improved steadily month-over-month, we can see they’re still down noticeably down year-over-year, and obviously WAY below what they were in 2006/2007.

So, while the rest of the resale market put up some record months thus summer, ComFree is still struggling, and losing market share on the whole. They have been trending up the last few months though, and as far as For-Sale-By-Owner outfits go, ComFree in Edmonton is probably the envy of many. 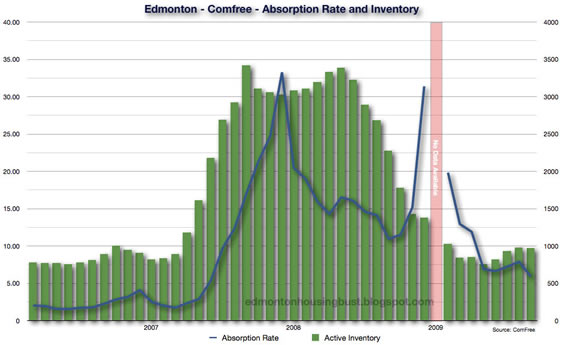 Finally we’ll touch on inventory. The big glut that formed in 2007 really catches our eye, and there was an equally big shedding of inventory last. Though as we noted earlier, sales were historically low last year, so the decline was no doubt due to a wave of delistings. The inventory level has returned to roughly the level it was at in 2006, though with sales levels lower, the absorption rate is higher.

In conclusion, it doesn’t appear the summer has been as good for ComFree as it has for the rest of the resale market, but they do appear to be stabalizing. It’s also worth remembering that these guys get paid up front regardless of whether the properties sell, so sales are not nearly as important to them as for traditional agents that get paid on the back end.