And the band played on…

By: Aaron Sims
In: Forecasts 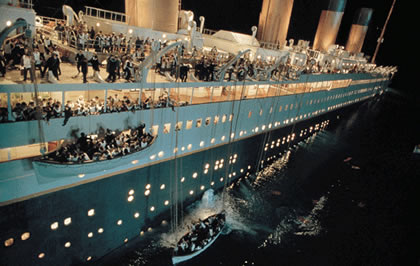 Some days the mind wanders… you ponder such things as, if the Canwest media outlets pumped their own stock as much as they did real estate maybe their shares wouldn’t be trading at  four for a dollar.

Okay, that was a low blow… but from the looks of it we may not have much time left to take shots at them.

Yeah, okay, that was another…. I just can’t stop myself!

Anywho, on Tuesday we got another rosy article from the Edmonton Journal telling us that not only is it a great time to buy, but that Edmonton was still the best place in North America to invest in residential real estate. This time the source of the sunshine was REIN president, Don Campbell.

I know a lot of people don’t like speculators, but I don’t have any issue with the REIN or anyone else who figures they can make a fast buck on real estate, or anything else for that matter. I’m a libertarian, so as far as I’m concerned, to each their own, just don’t come looking for help if it blows up in your face.

Back to the point, it really isn’t news that real estate investors would be bullish no matter the situation… but I feel like taking a look at some of his quotes and offering my two cents.

So is Edmonton still the best place to invest in residential real estate?

“Absolutely, it is,” he said Monday during a visit to Edmonton from Vancouver. “There’s no way the world can continue to afford $30 and $40 oil.”

I suppose that could turn out to be true, granted I’m not sure one would want to invest in real estate anywhere in North America at the moment. I imagine oil will rebound sooner or later, but even at the heights it did reach, incomes did not get anywhere near the levels that would be needed to make prices sustainable. Oil prices certainly contributed to the boom, but there were several other equally important factors, easy credit and rampant speculation to name two of the major ones.

Things were pretty closed to balanced before things went crazy, so even with the impressive 30% gain in household income experienced, the doubling of house prices was just not sustainable. Even should incomes hold steady through the worldwide recession, real estate still have a long way to fall before getting back to affordable levels.

“Eventually, within 18 or 24 months, we’re going to see the market come back to something that’s more normal.”

On that we can agree… though I suspect we have drastically different opinions of what constitutes “normal.”

He said that Edmonton will top the list for the next five to 10 years, and with mortgage rates “ridiculously low” and likely to drop further, savvy investors could look like geniuses several years from now.

Heck, they look like one already if they sold in 2007, and kept the proceeds out of the stock market… thought I’m suspecting that’s not what he was getting at. I’ll try to remember to revisit this one in a year or two from now…. the schadenfreude would likely be well aged by then.

“We need to be cognizant that there are an awful lot of new condos coming onto the market, not just in Edmonton, but in Calgary and Vancouver. Please don’t line up to buy a piece of property.”

I hate to make it sound like he gave no decent advice, and on this topic I agree with him wholeheartedly. Between construction and conversions the city’s condo market is overbuilt in a big way… and there are still thousands more in the pipeline that will be completed in the next year.

Condo’s are going to witness the biggest drop in prices and will quite likely stay there even after other building types start recovering. So you definitely want to be very careful before entering into that market. Don’t get sucked into buying on spec or any kind of bidding wars.