Gazing into my crystal ball

By: Aaron Sims
In: Canada 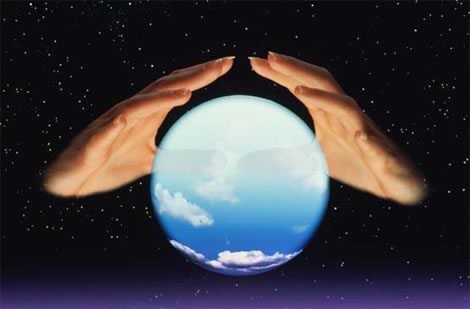 So, in an e-mail I was asked why I haven’t referenced the bond market in awhile since they’re so important to interest rates.

Well, the reason is simple, because I haven’t felt they’ve moved enough to warrant a change in interest rates, so their fluctuations are not really of much concern at this point. Interest rates tend to only adjust when they have too, so unless yields go up over 3% or drop below 2%, I don’t see them interest rates changing.

The Bank of Canada rate isn’t likely to change either. Even with the markets rallying, they want to keep the dollar down as much as possible, and raising their short term lending rates would cause the dollar to jump, and that would be disastrous for manufacturing, tourism, et al. So, their pledge to keep the rate at 0.25% into 2010 is still good at this point.

Now, if the market rallies continue, that would likely draw up bond yields, as investors become less risk adverse it takes a bigger payout to get them to put their money in bonds… and with governments around the world racking up massive deficits, there is a ton on the market so as time goes on yields will have to continue rising to absorb the increased supply.

Though, peaking in my crystal ball, I’m still wary of the current market rallies… these gains haven’t been based on much, and the fundamentals of the economy still don’t appear to have turned the corner even if stock prices indicate otherwise… so at this point, I still think we could have another mini-crash or two left before stability truly returns.

Thus, six months from now I don’t expect interest rates to be much above where they are today, though there could be a hike and cut or two between then and now as the markets fluctuate. When interest rates do start climbing for real it will be hard and steep, but for the next few months at least I think they will remain around current levels.

But that’s just my two cents on what’s happening and where we’re heading in the short term. Of course as we’ve seen, the markets are anything but rational, so your guess is as good as mine and a lot can change in six months… and you need look no farther then the last six to see that.

Late addition: The July employment numbers were released today, and again they weren’t good. Another 11,900 full-time jobs were lost in Alberta, putting the tally since last fall at 82,000 lost, which has erased some gains made in the spring and is now at a new low. The unemployment rate was also up, now standing at 7.2%.