By: Aaron Sims
In: Inventory, Sales 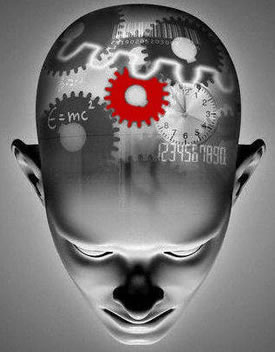 When I first started looking at the litany of stats released every month by the various outlets, it was kind of overwhelming. There are dozens of different measures, examining things from just as many angles. Even with my background in accounting and statistics, it was kind of wild.

But as I’ve worked with the numbers, and seen how they interact, I’ve found an increasingly select few stats that are actually relevant… and conversely, a growing list that are not worth the paper they’re printed on. So today I figured I’d take a quick look at the more commonly reported stats, and offer my takes on which are the wheat, and which are the chaff.

I of course reserve the right to later change my mind and completely contradict this post, when or if it becomes convenient.

Median Price – This I find to be the most accurate reflection of what the “average home” is worth. I don’t want to bore you with the mathematics of it, but if you follow this link you can read up on just how medians are found, if you don’t already know.

Sales – A very straight forward measure, and tells you just how many units are sold.

Active Inventory/Listings – Another straight forward measure. As its name suggests, it tells you how many properties are listed at any given time. Not always widely reported here in Edmonton, but it can always be found in the Quarterly Stats packages on the EREB site.

Between those three stats alone you can get a very good overall picture of what is going on in the real estate market.

Average Prices – Probably the most widely reported stats, unfortunately I don’t think it’s as good a measure as median prices. I feel this way because it can be skewed a bit. For example, if in February there are 999 homes sold for $300,000 each, and one sold for $5,000,000, we end up with an average price of 304,700. So while the number might not be way off, you can see the potential for a couple high end sales to really throw off the number, especially since sales in that category can be somewhat sporadic. That’s why I prefer the median figure because I think it gives a more accurate idea of what the “average home” is worth, rather then the “average of all homes.” Though because, at least here in Edmonton, they only give average prices for condos and townhouses and not the medians, it is unfortunately the only figure available, thus it is a necessary evil to discuss them.

Days on the Market – I was tempted to put this one in the “Completely Useless” pile, but I decided not to. My problem with this stat is the way re-listings restart their clocks once they expire, which obviously will skew the data, especially in times like now when we have large inventories and a lot of expiring listings. Though, while their figures are muted, they do seem to give an idea of the general health of a market.

New Listings – We hear a lot about this number, and some people just love it, using it in all kinds of ratios and such… but I think it’s as useless as tits on a bull. Because of the way re-listings are included, it’s a totally bogus stat. If you want an idea of how inventory is tracking, just keep an eye on active listings and sales, that’ll give you a much better idea of what’s out there.

In conclusion, in my not so humble opinion, if you keep your eye on median price, sales and active inventory over time, you should have a pretty good idea of what is going on in the market. Most of the rest of the numbers are just static, but if you want to know how the condo and townhouse prices are doing, those average prices can be used as something of a jumping off point.