Mortgages – The myth of acceleration 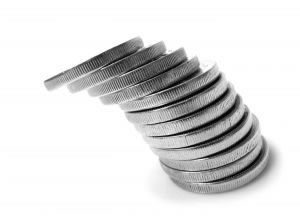 This is the first in something of an intermittent series I’m going to do on mortgages. Despite often being a persons single biggest monthly expense, all too often people really do not understand how they work. And since I also get all geeked up doing this sort of stuff… behold.

I sometimes hear people talking about how much faster and cheaper they’re paying off their mortgage by going to accelerated weekly or bi-weekly payments… this isn’t really true. What they’re really doing is just increasing how much they pay in a month.

Slightly over a dollar a month. Which, if you’re on a automatic withdrawal, by all means, go weekly, it’ll earn you a free lunch once a year.

But if you’re doing the old school method of mailing in or dropping off a cheque at the bank, it’s really not worth your time…. between postage, time and/or gas you will probably end up going out of pocket.

Another thing to consider is your monthly budgeting. If you’re not carrying a decent balance and depending on your work pay schedule on the months you have to make an extra payment could obviously lead to some headaches.

So, in conclusion, there is little to be gained by going to weekly or bi-weekly payments that can’t be accomplished by merely increasing your monthly payment… which, if you can afford it, is a good idea regardless of your circumstances.