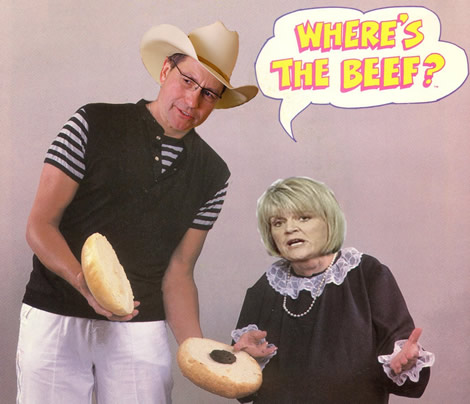 There’s been a fair amount of news coming this week, none of which appears particularly helpful for the housing market. EI numbers for June came our yesterday, they’re way up. The June Teranet HPI also came out, and they say even with the huge sales tally in Calgary, prices were still down month-over-month. And finally, this morning the Provinvial government held court and told us they’re expected to run a 6.9 Billion dollar deficit this year… and this just days after the feds told us they were up to their ears in deficit too.

Now, I’m sure some of you wonder what any of that has to do with real estate in Edmonton. So, lets start at the beginning, the EI numbers. Well, rising EI numbers mean fewer people are working and a soft employment situation… typically people with no job and no money don’t buy houses (though, as we’ve seen the last three years, it no longer seems to stop the banks from giving such people money, but I digress).

On to point two, the Calgary numbers. They are relevent because pretty much anything happening there, is happening here too. The sales and prices in both cities tend to track together, we both boomed at the same time, we both started “correcting” at the same times, and we both even had a big spring surge in our resale markets.

The bulls like to spout how that surge was a result of improving fundamentals, but as is becoming increasingly apparently, that wasn’t so. Not only that, but the HPI numbers display the reported price gains in the resale were an illusion caused by an upward shift in what people were buying and not actual values of homes… and that as well as the sales, was caused by record low interest rates.

Which provides a nice segway into the deficit news. Interest rates at current levels are not sustainable even when governments are behaving themselves, but when they rack up deficits they need to issue debt… and when everyone is doing it, it floods the bond market, which drives up yields, which drive up interest rates. So, not only are interest rates bound to go up, they’re bound to go WAY up.

Then of course there is the other ugly consequence of governments issuing debt… that’s government having to pay it off. Which will inevitably mean higher taxes, and those hikes will be hitting us from all angles… federal, provincial, business, property and consumption. So, if interest rates going up wasn’t going to have enough of a depressing effect on real estate prices, taxes will be taking a bite out of net earnings and providing a double whammy on housing.

Particularly troubling about the provincial deficit numbers is the effect natural gas is having on it. Oil seems to get all the press, but in truth it’s actually gas that drives the province. Approximately 2/3rds of the provincial non-renewable resource revenue comes from gas, or in otherwords, gas kicks in about double the money oil does.

Sobering Factoid: Two years ago non-renewable resource revenue made up almost 30% of the provinces total revenues… this year, it’s expected to make up just 13%.

And there does not appear to be much hope in sight for gas prices in the near-term either, prices just recently dropped below $3, and some are even calling for it to go below $2. A far cry from the $13 it was trading at not so long ago, and even the $3.75 the province is currently bemoaning in their budget.

Add to that, demand is low and no change in that expected in the near future, strategic reserves are overflowing, and with the improved feasibility of massive quantities of shale gas throughout the US… even if/when demand comes roaring back, there is a lot more domestic supply available for our neighbours to the south.

The current situation is all made worse by that while production at current prices is often uneconomical and there is already surplus supply, American producers have to keep pumping for fear that otherwise they could lose their leases. Suddenly natural gas is no longer a license to print money up in Wild Rose Country.

If real estate prices being at unsustainable levels weren’t troubling enough, a softening job market and record deficits are foretelling even bigger troubles to come.