By: Aaron Sims
In: Alberta, Canada 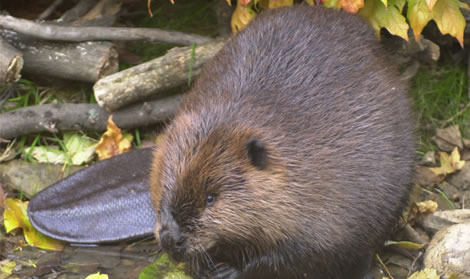 After another night burning the midnight oil, I decided that today I was going to take today off… my first day off in over a month. Yes, I know, you don’t care, but this is my sandbox, so that just sucks for you now don’t it! But before I’m off to engage in at least eight different kinds of debauchery, I figured I’d do a entry since I had the chance.

The realtors are out there all whipped into a tizzy screaming we’ve hit bottom and the current surge is just confirmation that real estate only goes up, the market has corrected! Hallelujah! Holy Shit! Where’s the Tylenol?

But has it? Just what has changed from six months ago? Inventory is still poor, prices are about the same if not a bit higher, vacancy rates are way up, foreclosures are up, arrears are up, and more people are out of work thus so earnings have to be down. So, if anything that would suggest the market has softened.

Pretty simple really… interest rates. They’ve went from low, to ridiculously low… and not surprisingly, the lower they got, the stronger sales got. The market didn’t correct, interest rates plunged and suddenly the combination of that, seasonality and emotion has manifested itself into a suckers rally. That it’s happening across the country, just supports that.

The fundamentals are still poor, even with the interest rate plunge creating something of a temporary illusion of affordability. But people who felt burnt in the last boom, suddenly they could qualify for a ton of money and having been seemingly left behind in 2006, are jumping in with both feet.

Problem is, as soon as the economy starts showing signs of life, interest rates are going to go back up. Even 6% would leave affordability in tatters, and while for many recency clouds their judgement, 6% is still very low historically. So just imagine if they went back up to 8%.

The market hasn’t corrected, all the problems that were there six months ago, are still there today, and in many cases have actually gotten worse… interest rates going down have just delayed the inevitable. This whole thing was fueled by credit, piling on some more isn’t solving any problems, it’s just buying time all the while making it worse. It’s like paying off one credit card with another.

This correction isn’t going to be quick. It started two years ago, and will quite likely still be ongoing two years from now. This is not an efficient market, it’s an emotional one, so there will be many rallies, dives and plateaus along the way.

Those focused on the short term will continue to call bottom in thinly veiled attempts to convince themselves… but my focus on this blog is the long term, and until the fundamentals are corrected, there will be no bottom to be had. Even when it is, it cannot be recognized until well after the point.

So, now I’m off to enjoy an ring in our nations birthday by going out with some fellow Canadians, drink some Canadian beer, and maybe even watch some Canadian football… and later on, might even throw on some Anne Murray and see if the girlfriend is up for doing it beaver style (which I believe involved doing it in a mud hut).